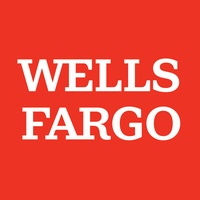 Wells Fargo & Company (NYSE: WFC) is a diversified financial services company with $1.7 trillion in assets. Founded in 1852, Wells Fargo provides banking, insurance, investments, mortgage, and consumer and
commercial finance through more than 8,700 locations, more than 12,500 ATMs, online (wellsfargo.com), and mobile devices.
We are headquartered in San Francisco, but decentralized so every local Wells Fargo store is a headquarters for satisfying
all our customers financial needs and helping them succeed financially. We do business with 70 million customers and one in three U.S. households .
At the end of 2015, Wells Fargo ranked fourth in assets among U.S. banks and was the worlds most valuable bank by market
capitalization.

In 2014, Wells Fargo was named '' Most Respected Bank'' by Barron's magazine. ''Most Admired'' among the world's largest banks by Fortune magazine and ''Best U.S. Bank'' by The Banker Magazine. The chronicle of Philanthropy ranked Wells Fargo's corporate cash giving in the top two among all U.S. companies each of the past two years.